I’d never planned to breastfeed before Being Mummy. Bottle fed as an infant myself, I never contemplated it, citing that I had turned out alright with formula at my start, therefore it would be perfectly adequate as a choice for my offspring.
And for one of them, as for a lot of babies, it was and is. I am not one for mummy shaming and, as a disclaimer, this post is simply about celebrating breastfeeding and that subject only, dotted in with my reminiscent musings. It is by no means meant to be a bragging post, or a finger pointing post and I am only speaking from my own personal journey that I have walked in my own size 8s (nearly 9s since pregnancy… what the?!). Fundamentally, my belief is that, however a baby feeds… as long as he or she is thriving then that is all that matters. And I have used both methods so there you go.
Anyway, I digress. Where was I? Oh yes…
What I hadn’t contemplated before having our first born (Teddy), was just how much I would be compelled to try and breast feed. He came along 5 weeks early, was in an incubator and something inside me was screaming to do all that I could to nourish and nurture. As he lay up in the neonatal ward, and I was surrounded by fellow new mums cuddling their own newborns, it became a mission to get my milk flowing. I painstakingly pumped and syringed those first little millilitres of colostrum, winging my way up to the ward whenever I had produced enough of the liquid gold to syringe into his little mouth. It helped me feel useful. It kept him close to me, even when I couldn’t hold him.
Our breastfeeding journey was short, all of 5 weeks in total. He suffered badly with silent reflux, would nurse every hour and couldn’t settle in any position except for being upright. I fretted that my supply wasn’t good enough. I felt frustrated each time a feed would be thrown back at me and watching him writhe around in pain from his tummy acid left me crying through helplessness. After 3 days and nights of no sleep and with a very fretful bear cub on my hands, I resigned to using formula. And he slept through.
I don’t regret stopping for his sake. Looking back as a well seasoned mum of two now, I do wonder if I could have kept going if I had received the right support. Unfortunately, support and resources to provide such support are dwindling, and more and more new mums are struggling as a result. Bottles aren’t a bad option, looking at said bear cub in his current 2.5 yr old happy state, I don’t feel remorse or shame. He’s all good. I just feel personal regret that I didn’t get to share the experience of breastfeeding with him as fully as I have with my second.
Talking of which, for baby bear cub no.2 (George), our feeding journey has been completely different. Unlucky for us, we spent another spell in neonatal upon arrival and the same instinct as before drove me to persevere with breastfeeding and do all I could to feel connected and useful. Once again I sat alone on a pump willing my breasts to step up to the plate. Syringes were gathered again and droplet after droplet of golden nectar were slurped up to equate to mere millilitres of nourishment. Another round of nipple cream, pads and rhythmic after pains. So much came flooding back that was the same.
But, despite all the de ja vue,  this time it has all been completely different. The adorable little piglet latched on within moments of his birth and had to be prised off to go to special care where he would almost be tapping his fingers in expectation whenever I appeared by the side of his crib on the ward. The nurses would joke at how he would probably latch onto the wall if he could, and I thank my lucky stars that he took to it like a duck to water. To be honest, he guided me through the whole thing. He would signal to me if he was uncomfortable or not finished eating. When I worried that I was not producing enough, he would hiccup with a full tummy and sigh with contentment. Part of me wonders if my breasts almost remembered what to do as well, seeing as my milk flow came in much quicker and more plentiful this time. Or perhaps it was simply because I knew how to work the confounded breast pump with all its scary noises and suction? Maybe it was a combination of the two? I don’t know. Things just seemed to click into place much more. And not just with the pump but also in my mind.
Talking of my mind, that was the biggest hurdle for me to overcome in order to maintain breastfeeding. George’s birth was long and difficult, as well as dramatic when my partner was taken ill just hours after too (see the full birth story posts here and here). Not long after coming home I was taken ill with severe PND and PTSD and put on anti depressants. All the way through I was aware of how stress would affect my supply if I let it win and also of how much closer I felt to George by breastfeeding him through the emotionless bubble I was locked in. Our bond through that horrible time was unbreakable and he calmed me enough to keep the supply going. 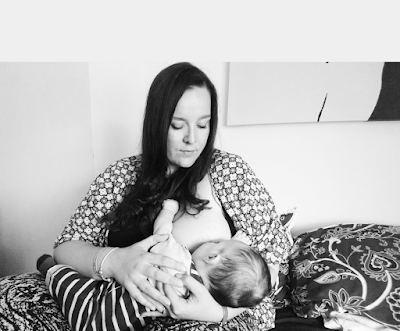 I soon realised that one’s approach to breastfeeding should be much the same as Peter Pan’s approach to flying. Think happy thoughts. This is one of the reasons that the whole process of breastfeeding is so difficult. How is one meant to think happy and be relaxed after the traumas of birth and the adjustment to new motherhood? It is a trying and emotional undertaking, no wonder so many struggle and find it hard to maintain such a feat?! Throw in lack of sleep, possible mental health issues and 1001 ‘helpful’ opinions being thrown at one via the medical profession/social media/your mum’s friend’s cousin Elaine and BOOM! Mind blown and heart weary. And then there is the multiple obstacles to overcome socially, such as embracing feeding in public places and getting to a stage where one feels comfortable wapping out one’s mammary whilst at dinner with one’s father in law or uncle.
That is why, I believe, so much pride should be taken in breastfeeding. To overcome such a big challenge amidst the already overwhelming challenge that is ‘parenthood’. To literally nourish your child from your own body past pregnancy?! It is just amazing and it is something to be celebrated. And that is exactly what I intend this post to be… a happy celebration of the boob! Happy National Breastfeeding week everyone, may one’s boobs be as full of milk as one’s heart is full of pride. 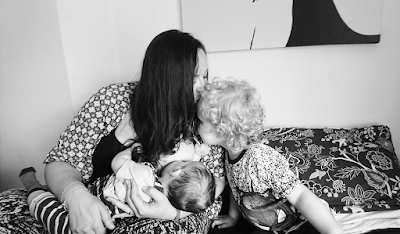