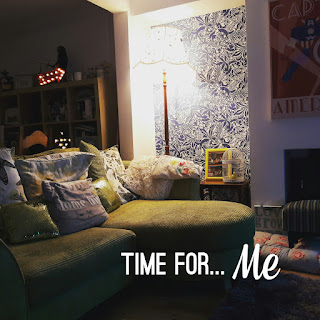 Before motherhood, I truly took my time for granted. In the evenings especially. All that glorious time spent just hanging around, lazing about… sprawled out on the sofa, pampering myself with mini manis and pedis with a hair and face mask on. It was amazing. Heaven. I just didn’t realise it!
Idiot.
Nowadays, I live in fear of having my precious evening time compromised. I know it sounds selfish, but I have completely fallen into the parent trap that we all trip into, believing that between the hours of 7am and 7pm, our children should switch off and we should have uninterrupted ‘me time’. An unofficial extended coffee/lunch break type thing (only at night) from possibly the hardest job in the world.
I call it a trap because, inevitably, it is just that… A massive trap. If you were to compare the amount of uneventful nights where your cherub (or cherubs) slept soundly and all the way through, to the nights where they woke up needing you for something or another…. I’m sure there’s no contest. But, despite knowing this, I (like 99% of other sleep deprived parents out there) still live in hope and denial. And that’s where I come unstuck.
A sensible person in my position, 34 weeks pregnant with a 20 month old toddler, would get their toddler to bed and then spend say an hour or so in front of the telly or reading a book (or blogs) before turning in for the night because they would know that their 20 month old will inevitably wake up in the wee hours to be changed/have a drink/party in his cot/have a blazing tantrum at being left to self soothe to the point where the neighbours bang on the wall.
Or, on a great night, carry out all of the above.
Well, I’m not sensible. Like I say, I am in denial.
Which causes me to become over optimistic. I get caught up in having a sense of me back, of being able to concentrate on what I am watching or reading or typing and the idea of giving it up and going to sleep doesn’t appeal in the slightest. Of course that changes in the morning, when I am shattered and berating myself for binge watching speed cleaning videos on youtube at midnight when I should have clocked up at least 3 hours kip by then. It is at that point, when I am facing another 12 hours of Being Mummy and running on near empty after just 4 hours sleep, that I am kicking myself for not opting for sleep.
It is a hard choice though. Go to sleep at a sensible hour and spend hardly any time being by one’s self, or stay up and feel like you have gained a little bit of enjoyment from the small things you used to take for granted. The former would mean possibly more energy to keep up with building brick towers, carrying out errands and chores with enough left over to smile and be nice to everyone (despite inevitably feeling resentful from not being able to binge watch Netflix and youtube) and the latter means having to spend the next day crawling through the day, finding something as simple as breakfast akin to climbing Everest, all carried out with the brain power of a cotton wool bud and the temper of a raging bull? It’s so hard to strike a balance!
What makes the choice even harder is that once BB goes down, before I can even get to do the things that I would like to do, there is inevitably a long list of chores still to be done. Yes, I could leave them. But who else will do them? The sodding housework fairy? If I had a ‘put it off until tomorrow’ mentality, tomorrow would never come and we would end up living in a sty. Add in nesting instinct and I literally need to do the chores. So, I carry out my duties like Cinder-fucking-rella and only then can I go to the ball.
Usually its around 9pm when I get to do ‘me’ things. If I balance everything out and go to bed at at a reasonable hour (say 10… 10.30 tops) that means I get to have at most 90 minutes out of a 24 hour day to relish things I used to have at my disposal 24/7. When you look at it like that… is it any surprise that I favour becoming an ogre every day?
It seems so ungrateful. Like I am being super selfish and bemoaning all the blessings I do have. I don’t intend for that to happen. Posts like this are just written from a human perspective. I am not Wonder Woman (no matter how much I strive to be!) and if I were to constantly bounce around on a wistful cloud of forever happiness I probably wouldn’t relish things in life as much. I relish having ‘me time’ now. I never did. I just took it for granted, day after day. I relish a good night’s sleep now, because I have known tiredness that leaves your body hurting and your mind failing. I’m simply acknowledging that the balance between the two can be tough to strike.
But. That doesn’t make me want to stop trying.
…