For as long as I can remember, BB has been obsessed with balls. Anything spherical shaped and able to rotate and: BOOM! This kid is there. He will spot a ball from a mile off and just make a bee line for it.
Which isn’t so bad… so long as the ball he is on a quest to get IS actually a ball…
Last week we went to visit BB’s Grandad Steve and Nanny Tracy (my father in law and step mother in law).  They had a bowl of satsumas on the side… needless to say that by the time we left, said satsumas were rather bruised and dented, some of them even possibly lost under the sofa for the unforeseeable future.
Spinning, rotation and rolling are something he has always been enthralled by, but now there are other things coming along that keep him fascinated. Lids for example. Taking lids on and off of pots, boxes, bottles… putting smaller items into bigger items…. and we’ve conquered the art of walking upstairs whilst faux counting* as we go along (mummy does this in an outwardly upbeat manner whilst inwardly she panics that he will suddenly fall backwards towards his doom).
*faux counting means mummy counts each step as we ascend, whilst BB repeatedly says ‘two’.
Talking and babbling are almost non stop now, with 90% of what comes out being complete gobbledygook. It reminds me of my old french lessons in school, where I used to appear as if I understood what was being said on the outside whilst on the inside I was flailing about for a viable translation. Luckily, BB is much more easily pleased than my old french tutor used to be. And much cuter.
To be honest, it must be the same case for BB when he tries to understand me. The other evening I was showing him how to put his mega blocks away in a box and I  repeated the phrase ‘Put it in the box then… put it in the box’ which started out as a sweet natured tinkle tone but soon enough I felt like Basil Fawlty speaking to Manuel. Of course, I didn’t resort to violence and BB was spared a frying pan over the head, but it made me realise that he must equally be wondering what on earth 90% of what we are saying to him means. Amazing how much patience and determination they have really isn’t it?
Additional information and findings from this week:

– After feeling A LOT of self doubt last week due to BB drinking waaay too much milk despite my efforts to cut it down, as well as unsettled sleep and a Battle of Wills, this week has seen some big improvements and positive changes. The biggest has been that for the last few days, we have managed to stop BB from having a bottle of milk at nap time (cue cheers and hi fives all round!). Now we just have to work on the night time bottles but hey, no running before walking right?
– Peas have been a huge hit at dinner time for BB. Can’t get enough of them. Started to wonder where the enthusiasm for them had come from and then it hit me…  they are small, green, edible BALLS.
– I have been sticking to my vow of becoming more organised with the help of my trusty personal planner and separate family planner and, as a result, the week has ticked over really well. We have run much more on time for things than we ever have before and everything feels a lot calmer, mainly because I haven’t been stressing out and then taking my stress out on PB. One thing though… being organised saves time – but takes energy. Luckily I’ve been alright energy wise, and hope it continues despite being almost 32 weeks along in pregnancy!? 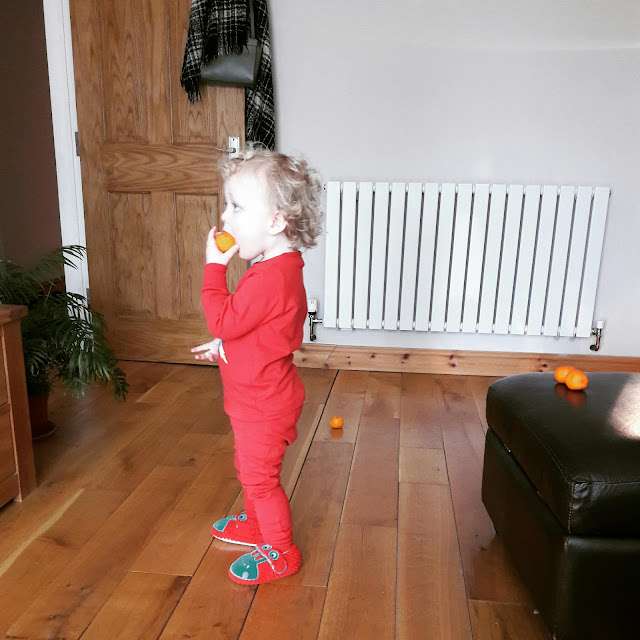