Oh my word what a weekend myself and my little family unit have just managed to haul ourselves through! As I spoke about in Blogmas Day 15, BB came down with the dreaded norovirus – which lingered about for the best part of three days, also claiming PB and my pregnant self as victims too.
I swear, I must have tried everything I could to fight those effing germs off – to the point where I actually gave myself chemical burns on my hands from spray bleach and placed plastic toy bricks in the dishwasher. But, all to no avail as PB suffered from Friday night to Saturday night alongside the babe, and I then took over the suffering from Sunday morning to Monday night.
It’s a horrible bug! And with the insurmountable to do list we all place upon ourselves this time of year and that funny need we all have to tie up loose ends just in case we all fall off of the earth come Dec 25th, it can be possibly the most inconvenient and pressurising time to fall poorly. Luckily norovirus is a relatively short lived affair.
Although I must admit, even today I haven’t felt quite right… a bit like a christmas turkey who’s without its stuffing. Ha! My main concern was for baby bump but he’s been happily kicking about ever since I became ill. More than likely enjoying the fact I have been immobilised for 48 hours and allowed him to flex his knees and elbows a bit more than usual! Plus we have been thoroughly enjoying watching back to back episodes of the Crown…. so much so I managed to devour the entire series of 10 episodes over the course of the weekend! Came in very handy when I was rocking a sick toddler to sleep and finding it hard to settle myself for fear of another vom wave hitting the peaceful slumber vibes in the house at 2am. The costumes and set design are amazing, and the cast portray their characters so convincingly, it’s easy to think you are watching the real royals in action!
Anyway I am, thankfully, (almost) back fighting fit and shall be resuming the holiday spirit hence forth…
As long as I haven’t scared the poor bugger off by spraying copious amounts of bleach and muttered obscenities about the place over the past weekend.
Falalalala lala la laaaaa! 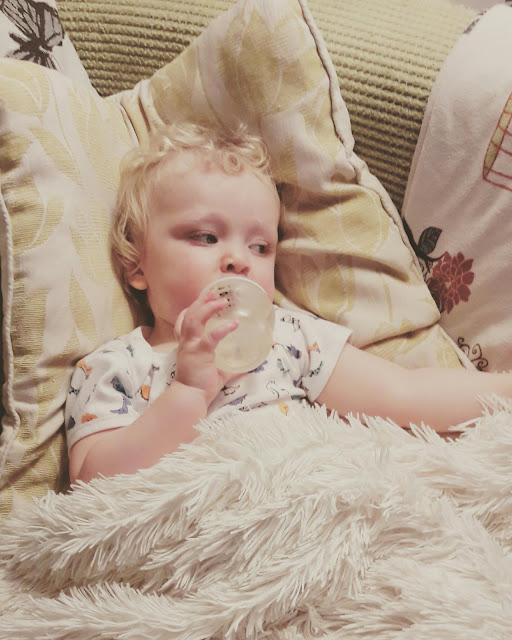