This week we had our 12 month review with the Health Visitor. I’d approached this like I do most daunting tasks …. with the grace of an ostrich burying it’s head in the sand. This approach was a success up until 20 mins before we needed to get to the appointment and gave way to pure stress and panic whilst I searched for that sodding red book and a pen to fill out the developmental activity booklet we received 2 months earlier. See?! Ostrich – Sand.
We arrived 5 minutes late (not bad, considering) and some genius (me) booked the appointment to coincide with nap time. Cue understandable meltdown due to being stripped naked, weighed, measured, poked and prodded by a strange Lady person.
Note: I’m referring to BB of course… not myself.
PB grabbed the buggy from the car as I cajoled a redressed BB into gentle whimpers instead of sobs and soon enough he was napping away happily so that we could commence the review.
After a series of questions, it was deduced that BB’s development is ‘within range’ and that he is ‘where he needs to be’. Cue sigh of relief. Then we came to his measurements and we were told that, although his height and weight are in good proportion of one another, they are still way above the highest percentile and therefore, ‘as a precaution’ we are required to take him to a GP appointment to rule out any possible syndrome that could be causing his size. She assured us she has no fear and that in her view it is purely genetic, but because we hit a certain ‘bracket’, a GP appointment is advised.
We smiled and nervously laughed our way out of the appointment. I kept the smile on my face all day but soon enough it wore off. Simply because this whole size ‘issue’ has worn so thin.
Ever since our 20 week scan, BB’s size has been a topic for debate. I was poked and prodded during multiple growth scans, given umpteen blood tests because they were SO determined to discover gestational diabetes (which they didn’t) and I was lectured on my eating choices without them even asking me what I eat.
His size was something that was applauded upon his birth, because he was a healthy 8lb 5oz despite being 5 weeks early. Nurses sat and calculated his prospective full term delivery weight for fun, making me wince at the idea of passing a potential 12lb infant, and took turns to cuddle him in the neonatal unit because he was so robust and snuggly.
It has been something I have even taken pride in and also jested at myself, saying I went into labour early because my body panicked and said ‘get him out now please!’. My friends and family regularly share the joke with me. But all of that is in my control. It’s light hearted. It doesn’t feel like we fail or need to worry. In fact, I am happy to think he shall end up tall like his father and myself. I was never going to have a small and delicate child and have always been happy about things. 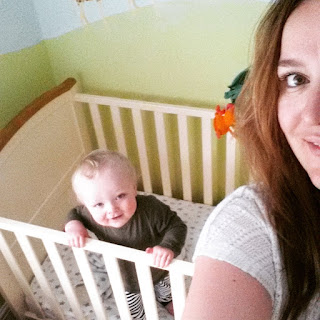 Now though, 13 months on, I’m tired of it coming up on his notes. I’m fed up of being made to worry unnecessarily about our healthy son. I now have to take him to another tedious appointment because he doesn’t fit into a ‘category’.
My smile lasted the whole afternoon when we left the appointment, but as I sat spooning ravioli into BB’s mouth at supper time, the tears started to fall. All I could see was this happy boy, ironically refusing to eat his dinner, and the scene from Dumbo sprang to mind, where an overjoyed and proud Mrs Jumbo unravels her baby from his swaddling to find he has huge ears, and whilst she looks past them and even loves him more for it, all the other elephants laugh and make judgements. As I sat weeping, PB waded in to try and ground my irrationality, citing that the health visitor was a lovely lady (which she was) and that she was simply doing her job and had also stressed to us not to be concerned because it was simply protocol due to him being in a certain bracket. That word again… hate it.
I managed to pull myself up by the time we got to dessert and have since been trying to push Mrs Jumbo’s expression from my mind. I shall go to the GP appointment and dutifully sit through what they have to say. But, I shall still chuckle to myself when we buy our 13 month old clothing intended for 2 year olds and I shall be happy that, when I am teaching BB to walk, I don’t have to hunch over or bend down to hold his hands steady.
Brackets can supposedly measure development and height and weight but they don’t measure a mother’s love and they never will do.
Because, as Mrs Jumbo demonstrated…. it is, simply, immeasurable. 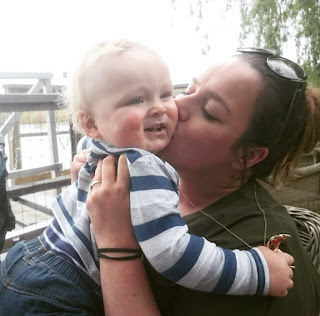