BB had never been swimming before, so I thought it would be the perfect way to spend his birthday! I’d managed to work my way through the conundrum of what swimming nappies and pants to use (big thank you to my sister who patiently walked my overwhelmed self through it on the phone!) and myself, PB and BB headed off to the pool after having breakfast together.
We immediately started to think we had made a mistake when, upon getting changed, BB verged on having a meltdown and I suddenly realised he hadn’t napped (BIG no no to tackle a new activity without recharging your offspring’s batteries!) but as soon as we got to the pool, he was all smiles and we ended up spending forty minutes splashing about!
After getting dressed (at which point BB did meltdown with tiredness which caused an older lady in the next cubicle to screech ‘Ohhh,  SHUT UP!!’ at us through the wall… nice) we packed up the car and headed over to Arundel where we had a lovely lunch together next to the river at a place called the Black Rabbit.
Note: I know this is all rather boring to read but bear with my memory making! 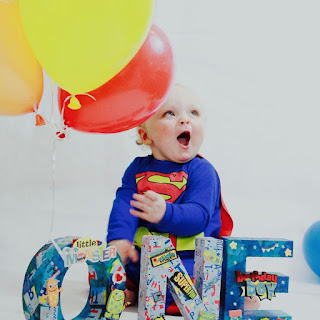 I still can’t get my head around the fact that I now have a one year old…. How?! When? What?!
I’d always heard mothers nostalgically proclaiming the fact that time goes quickly with babies, and countless times have I been urged to soak up cuddles and enjoy every moment. The very reminder created a sense of urgency within myself to do just that, even in the wee hours of the morning when my boobs were being munched on (by baby of course!) and my brain felt completely disconnected from my body.
But, despite my best efforts, all the early days of motherhood are like a fuzzy dream… which is why I am so grateful for this blog and for the countless pictures and videos we have created. Is this mother nature coming into play, smudging out the earlier bits to help encourage us towards having another? Or is it similar to post traumatic stress where your brain blocks out the unthinkable? Or could it just be that babies change so much in a short amount of time that the memory bank can’t store and file everything quick enough?
I think it’s a bit of all the above to be honest. To look back to the night we did our pregnancy test and were full of excitement to then fast forward to where I am sitting, feeding my ONE YEAR OLD SON his cheerios…. well, it leaves me dizzy! I never thought it was possible to squeeze so much into such a short space of time.
My reflective mood is starting to wane a bit now though, and I am feeling a bit more normal (ha!) and am looking forward to getting stuck into year 2. Roll on first steps, first words and temper tantrums!
Additional information and findings from this week :
– One year olds definitely have no clue that it’s their birthday.
– Reflecting back to every minute of your birth will eventually make your other half want to drown you in a swimming pool.
– Public sessions in swimming pools don’t allow you to take pictures…. which is understandable but so annoying at the same time!
– Watching your child truly enjoying themselves makes you want to capture all the fuzzy feelings that happen and collect them in a bottle and keep them safe forever.
– Attempting to confront a miserable old woman in a swimming pool changing room whilst wearing just a swimming costume is not advisable… especially on your son’s birthday. Passive aggression was opted for as PB told BB to cry for as long and as loud as he liked whilst he restrained me from marching round to the next door cubicle by blocking the door with his foot.
– Conducting a photo shoot in your living room is exhausting! PB set up the back drop and took the pictures whilst I darted about like a crazed mongoose in attempts to draw smiles from our rather bemused child who just wanted to check out the balloons we’d blown up. I LOVE the shots we got though, well worth the frantic leaping about and funny noises I had to make!