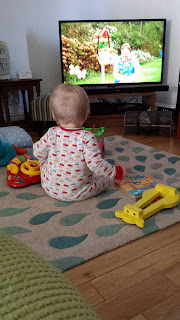 Additional observations and findings from this week:
– Myself and my sister took a jaunt to The Bluebell Walk in Arlington the other day. It was raining and muddy plus I ran late due to BB wetting himself through twice and the petrol light decided to come on just as we were leaving, but hey, we made it through full of optimism and relief at being out in the fresh air! I will never wear converse trainers out on a walk in the mud again though. Wellies shall be purchased! My sister bravely saved myself and BB from sliding down the muddy bank into the neighbouring ponds and rivers several times and of course, BB ate wotsits, drank his milk and slept through all the dramas, screams and giggle fits. My nephew recreated the scene from the Vicar of Dibley by jumping in a puddle that came up to his waist and lost his wellington boot (which was subsequently rescued again by my superwoman Sister) and my niece chattered away the whole time and tried to show me her newly acquired bottle of bubbles whilst I was grappling with my buggy and doing the splits on a particularly slippery part of a muddy slope. Even now I am laughing. It was a very funny adventure! 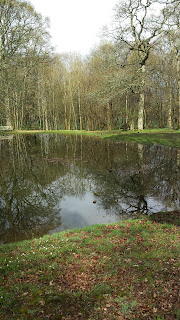 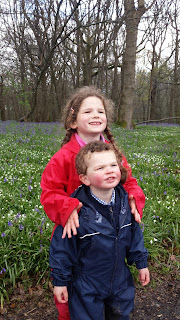 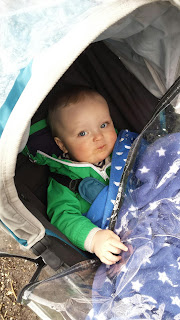 – City Jogger buggies are aptly named and only good for the City. On muddy walks on uneven trails and ploughed fields I would have been better off with a wheelbarrow.

– BB crawled properly for the first time this week! I managed to capture it for my memories to refer back to and to show him in years to come. So chuffed!
– Congestion has been plaguing BB for the best part of 3 weeks and this past weekend found me having the Doctor visit the house at 3am. Soluble steroids have been given to help his breathing, especially at night and I am running on empty thanks to a significant lack of sleep. If this post is incoherent then accept the apologies of a very tired Mummy.
– Wotsits are BB’s latest find. As are breadsticks.
– Housework is so far down the priority list that I currently have no clean forks, glasses or normal bras. My sports bra crop tops are my emergency back up. I’d forgotten how comfy they are?!
<div align=”center”>