I hope all of this has helped you in some way, even if it has proven to you that you are not alone in this, and that there are millions of other Mummy’s trying to soothe a crying baby whilst dreading the next feed. Don’t give up hope, don’t blame yourself and just take each hour as it comes. We have recently started weaning and it has made a HUGE difference to Teddy’s reflux, since food has more density than milk, and all the tummy time/attempts to roll over/kicking about is still helping things strengthen up as well. We tried to introduce regular formula a couple of weeks ago but unfortunately the reflux did come back with a vengeance and he was in a lot of discomfort so we went straight back to Anti Reflux again. A lot of the time it is trial and error… but hey, that’s just parenthood right? 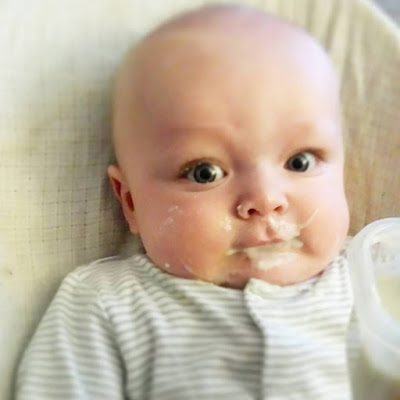