TO SUM UP: THINK OF A HANGOVER, THE FLU AND EXTREME JET LAG COMBINED.

I always contemplated starting this blog as soon as I found out I was pregnant but I found out at 2 weeks, and because they advise that you don’t tell people until after 12 weeks because of certain risks, it seemed like a bad idea to announce it, especially via blog and to the internet. Not to mention I felt so overwhelmed and poorly from morning sickness that I couldn’t focus on anything but putting one foot in front of the other.

My main memory of the first trimester is tiredness. I was SO tired. I’d heard of pregnancy fatigue and just thought ‘Oh, it must be like jet lag’. It is… if the jet lag is like feeling you have been deprived of a week’s amount of sleep even though you have just awoken from having 10 hours in the land of nod. I napped where and when I could and got as many early nights as possible but ultimately, growing a little human is tiring….. shattering actually.

Then there was the morning sickness. Which is completely mis named. For some it may be just a morning thing, but for myself and my body, it was all day and made itself known mostly in the evening. I even awoke during the night feeling the urge to heave. And most of the time it resulted in nothing. Almost like my body was going through the reflexes of nausea but not actually producing anything. It gets to the point where you almost want it to to bring up something.. anything… a crumb, a boot ANYTHING to just stop yourself going through the motions. But as unpleasant as all of it was, I couldn’t bring myself to moan about or resent it. In fact, I found all my symptoms oddly reassuring. Until you have your scan picture in your hand, all you have to go on is what your body tells you. And I took every nap, heave, dizzy spell and headache as a message that all was going as it should be.

But, the funniest accompaniment to the morning sickness was the ridiculous hunger I felt. One minute I would be head first down the toilet, then head first in the bread bin. Prawn mayo sandwiches were my go to craving (and if one more person talks to me about the risks of seafood I will scream…. prawns are ok people!!! Shark on the other hand, now that needs to be skipped. I promise I’m not joking, it’s on the list of foods to avoid) and I also found (and still find) fizzy drinks to be amazingly satisfying. Don’t ask me why, they just make everything feel better. Lemonade, ginger beer, cherry coke….. am salivating just writing the list!

Other than tiredness, sickness and hunger, I have been pretty lucky really….

We did have one scare though, in the middle of week 4 when I had a slight bleed. It was so sudden and unexpected and I was frozen to the spot in fear. It wasn’t bright red or accompanied by pain, more like a brown smudge of old blood (sorry for the graphics!!) but it was there, staring up at me and I was so frightened. Despite a phone call to 111 for advice from a medical advisor and my partner (who works for the ambulance) reassuring me that my symptoms weren’t synonymous with a miscarriage, I could not fully relax for the next 2 months.

As slow as it felt, the weeks passed by and we were kept busy with doctor’s appointments and midwife referrals. Tip: Don’t drink loads before your doctor’s visits. Apparently, the drug store tests are so accurate that doctors don’t require any further confirmation of your pregnancy. I wish I had known…. its hard to focus on a doctor’s appointment when you need to pee badly.

Oh! Which is my final reflection. After living through life with a bladder of steel, I have never had to pee so much in my life as I did in the first trimester! Up at least 7 times in the night, having to excuse myself just as much during the day and it gets to the point where you contemplate camping in the bathroom naked from the waist down. I used to roll my eyes at people who were forever saying ‘Where’s the nearest loo??’. Now, I am that person, and in the first trimester, whilst most people anxiously checked for nearest exits in public situations, I would be looking for the female toilet symbol. Take out shares in Andrex or Cushelle….. even now at almost 19 weeks I am cornering the market BIG time. 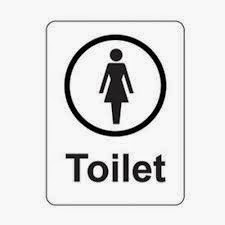